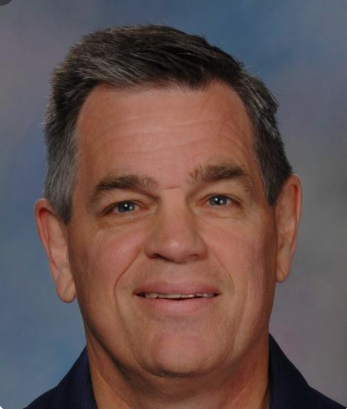 Scott Bacon to be new Deputy Principal at RPHS

Scott Bacon will be the new Deputy Principal at Ray-Pec High School, effective July 1. Bacon will work alongside current Principal Steven Miller during the 2022-2023 school year, and then will assume the position of principal upon Miller’s retirement in June 2023. Bacon is currently principal at Blue Valley High School in Stilwell, Kan.

The Board approved the hiring during its Feb. 22 meeting.

Bacon said he is honored to have the opportunity to serve the Ray-Pec community.

“Ray-Pec is a very highly respected school district in the metropolitan area,” Bacon said. “The opportunity, as it is designed, is very unique in that it will afford me the opportunity to come in, listen, learn, observe, and collaborate with Mr. Miller, his administrative team, and staff. It also provides the opportunity for me to get to know the students, staff, the parent community, and the culture of the school community. This arrangement will be very beneficial to all and should provide for a seamless transition.”

His years of leadership in a rapidly-growing district give Bacon an understanding of issues similar to those being experienced in the Ray-Pec School District. In addition, the attendance area for Blue Valley High School mirrors Ray-Pec High School in that it is part suburban, part rural.

Dr. Kristel Barr, Director of Secondary Education, said, “Scott has a tremendous amount of experience that he will bring with him. He is very student-centered in his approach to education and has a strong desire to continue to innovate our educational system; this makes him a perfect fit for Ray-Pec and where we want to go in the upcoming years.”

He was assistant principal and activities director from 1993 to 1995, and was associate principal of curriculum and instruction from 1995 to 2002. From 2002 to 2004, he was principal at Pleasant Ridge Middle School in the Blue Valley School District, before returning to Blue Valley High School as principal in 2004.

Previously, he taught German and history and coached football and wrestling in Grand Island, Neb., and was a coach while completing his student teaching at Wichita North High School, Wichita, Kan.

Bacon and his wife, Robin, live in Olathe. She is a nurse and is the medical simulation lab coordinator at the Center for Professional Studies in the Blue Valley School District. They have three grown children. Daughter Rylee Price, a designer for Under Armour, lives in Brooklyn, New York. Son Trent Bacon is a salesforce administrator for Western Governors’ University. Son Tyler Bacon is a registered nurse at Overland Park Regional Medical Center. Both sons live in Olathe.

The district’s plan to have Bacon work alongside Steven Miller for one year is designed to allow for a smooth leadership transition when Miller retires in June 2023. The “Deputy Principal” will be a one-year appointment for the 2022-2023 school year. This will allow Miller to share his extensive knowledge about people, processes, and systems in the District.